Take a walk around Clerkenwell in 1986 and you would barely recognise the place, no fancy ground floor showrooms with designer office furniture, no award winning restaurants offering al fresco dining and definitely no worldwide renowned fashion designers headquarters. The streetscene was more light industrial with printers, watchmakers and meat traders being predomanent in the area.

1994 and things are beginning to change, artists begin occupying the double height warehouses, living and working in the same space, a real buzz around the area, a sense of movement, growth, the press begin using the words ‘loft living’.  St John restaurant opens and London goes ‘offal crazy’.  Four Weddings and a funeral films in St Bartholomew’s church in Smithfield and Hugh Grant becomes a star

Clerkenwell 2002 and now we’re talking, firmly established as an ‘up and coming’ fringe location, artists battling with architects for the brightest, loftiest studio space, dot com start ups taking small offices on Farringdon Road before selling up and using their millions to purchase a penthouse apartment on St John Street.  Hugh Grant films About A Boy amongst the streets of Clerkenwell, one scene being shot right outside Jarvis Keller Stephens’ offices on St John Street.

And now, today, Clerkenwell is bigger and better than ever, even hosting its own annual Design Week during the latter part of May.  As welcome a home to multi national charities as it is to start up techies, we have something for everyone from Michelin star chefs cooking up a storm, next door to good old Joe still frying up eggs and bacon for the workers of Smithfield Market.  That’s the beauty of Clerkenwell its ever changing, but  steeped in a tradition.  We are proud to be part of such a diverse and exciting part of London. 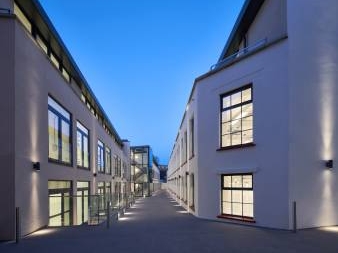 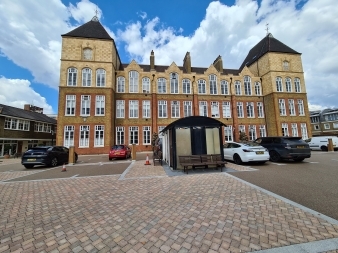